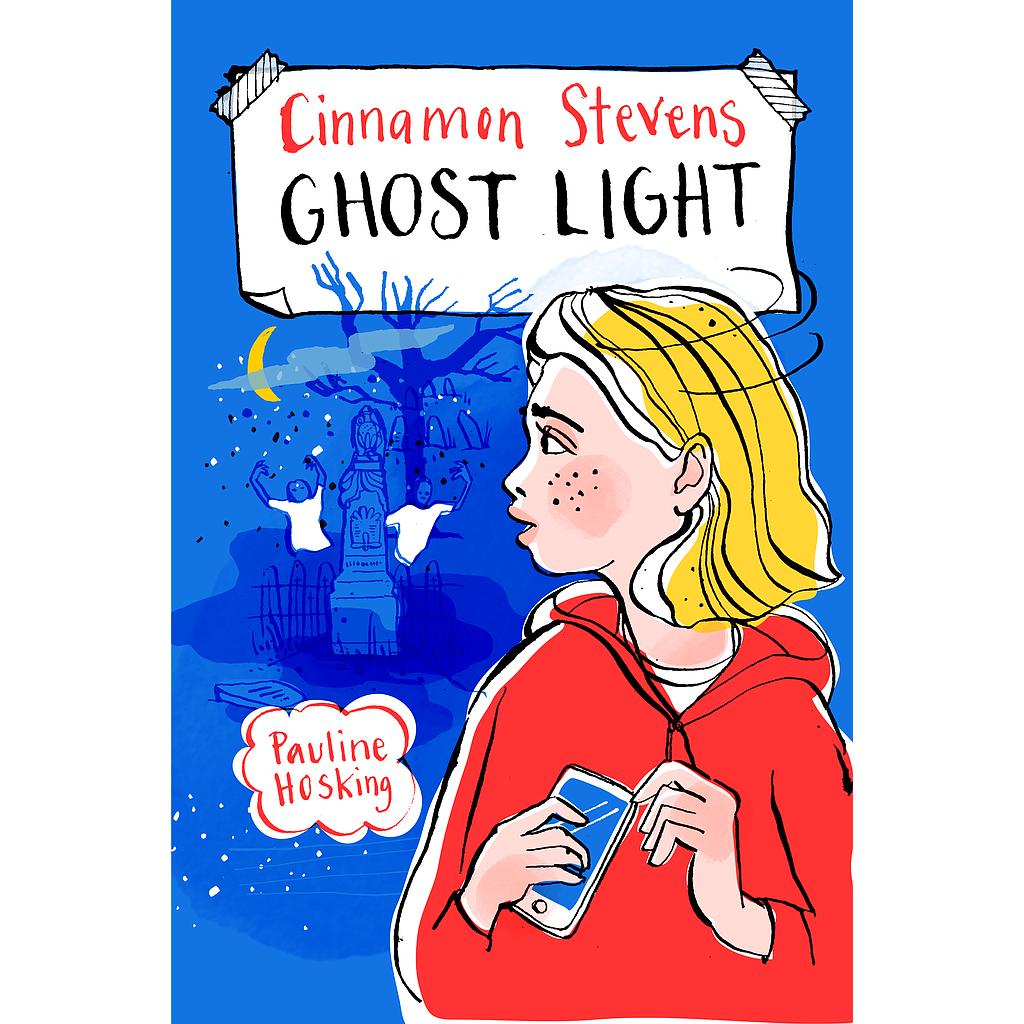 Junior sleuth Cinnamon must find out how a classmate was injured while he explored the out-of-bounds graveyard in Walhalla, an old gold-mining town in Victoria’s Gippsland. She discovers that the graveyard has unexpected links with a haunted theatre. Subplots deal with bullying and the changing nature of friendship. This is the second adventure in the Cinnamon Stevens series.

Cinnamon Stevens: Ghost Light is included in the Victorian Premiers Reading Challenge booklist for Grades 5 and 6. This novel has been longlisted for the Sisters in Crime Australia’s 19th Davitt award for children’s crime novels.