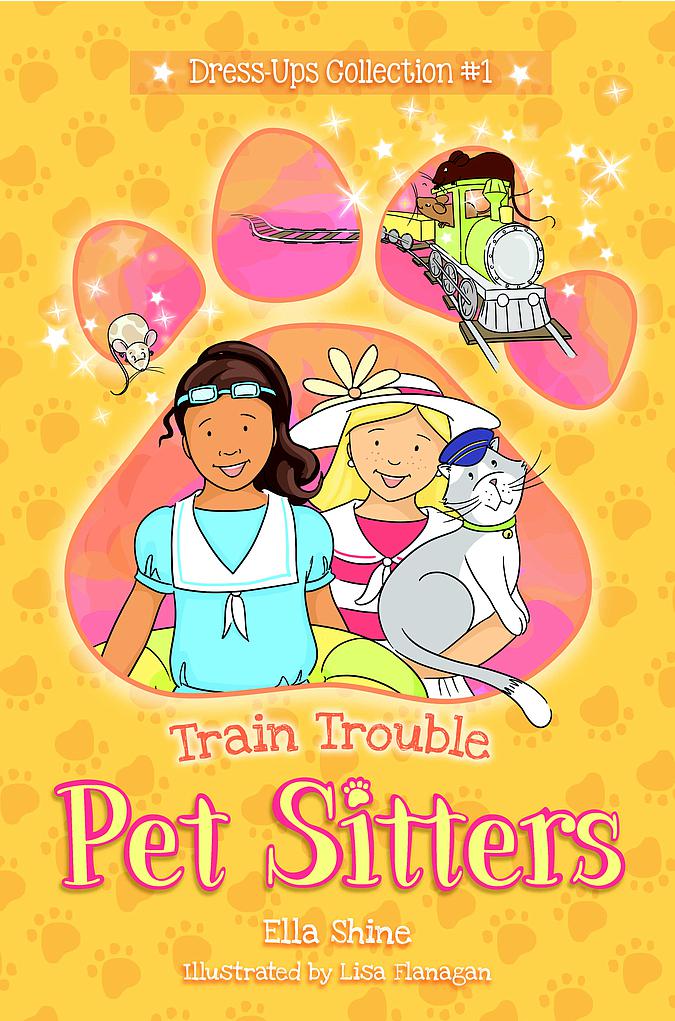 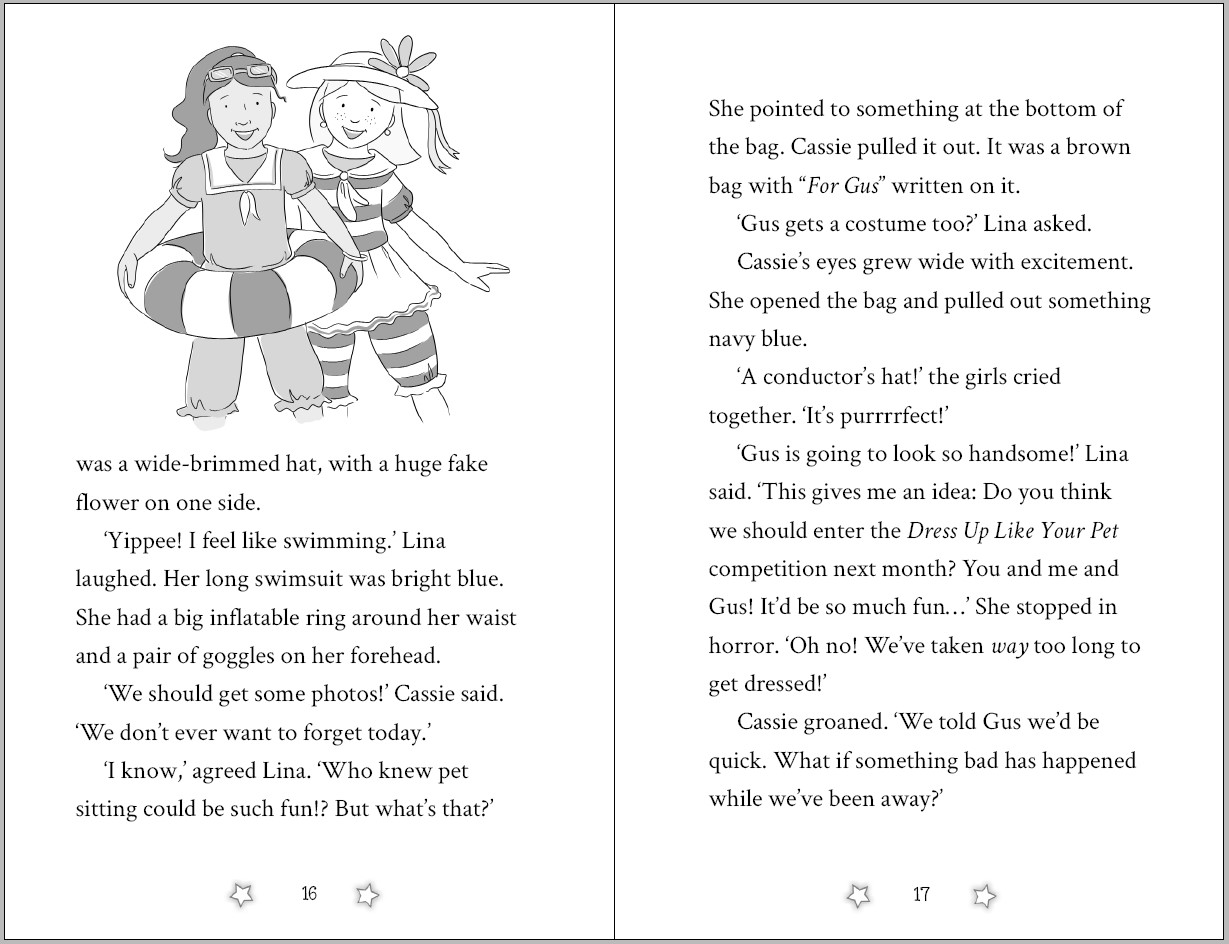 Train Trouble is the first book in the second Pet Sitters series, a stand-alone series of junior fiction books for 5-7 year olds. The new series is called Pet Sitters: Dress-Ups!

The Pet Sitters brand was developed by micro-publisher, Puddle Dog Press, in early 2021 and consisted of four original stories in the Pet Sitters: Ready For Anything! collection.

Each collection of stories is entirely stand-alone. While there are threads of connection between the stories, each book can be enjoyed on its own without the previous collection or accompanying stories.

Pet Sitters is a series of short, fast paced, humorous novels for children aged 5-7. The books follow the pet sitting adventures of nine-year-old best friends Cassie and Lina and the grey and white cat called Gus who considers himself ‘their pet’. Although Gus is generally entitled and grumpy, he has a heart of gold. When the girls are together they can hear Gus talk, and have conversations with him, even though no one else can!

Although every animal they care for seems to have a unique and surprising magical ability, Lina and Cassie love being pet sitters. Gus, however, isn’t so sure. He frequently causes chaos – sometimes deliberately, though more often by accident. Thankfully, he always manages to solve the problems he starts, even if it is in spectacular or unexpected fashion.