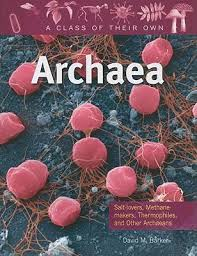 Archaea: A Class of Their Own

Some Archaea thrive in extreme places around the planet such as in thermal pools, hot vents at the bottom of the sea, extremely salty water, and even in underground oil reserves. Others are found in the intestines of animals and in plankton, tiny organisms that form a feeding reserve for larger marine life. Once grouped with bacteria, the DNA of this fascinating group is sufficiently different that scientists have proposed that they should have a sixth kingdom of their own. This book examines the three main divisions into which members of the diverse Archaea kingdom are grouped according to their unusual biology. It also explains why little in general is known about them, and why further classification of Archaea is so difficult.