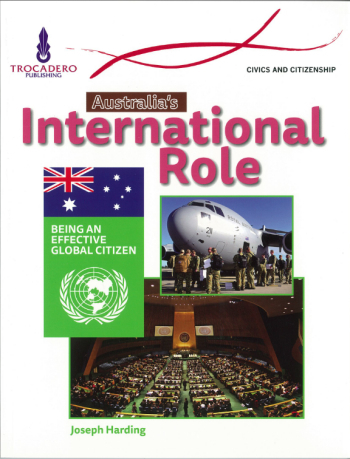 The role Australia plays on the international scene is greater than many people realise. Australia is a member of a wide range of international organisations. At the top of the list is the United Nations, of which Australia was a founding member in 1945. The nation also participates in most UN programs and specialised agencies such as UNICEF, UNESCO and the World Health Organization. Then there are the commitments to global security through intelligence sharing and gathering. Australia's defence forces are regularly committed to peacekeeping and peacemaking duties. Diplomatic activities are carried out by a network of embassies and high commissions. Non-government organisations are active in aid programs, volunteering, refugee programs and disaster relief. This book tells the story of how Australia makes its presence felt around the world.