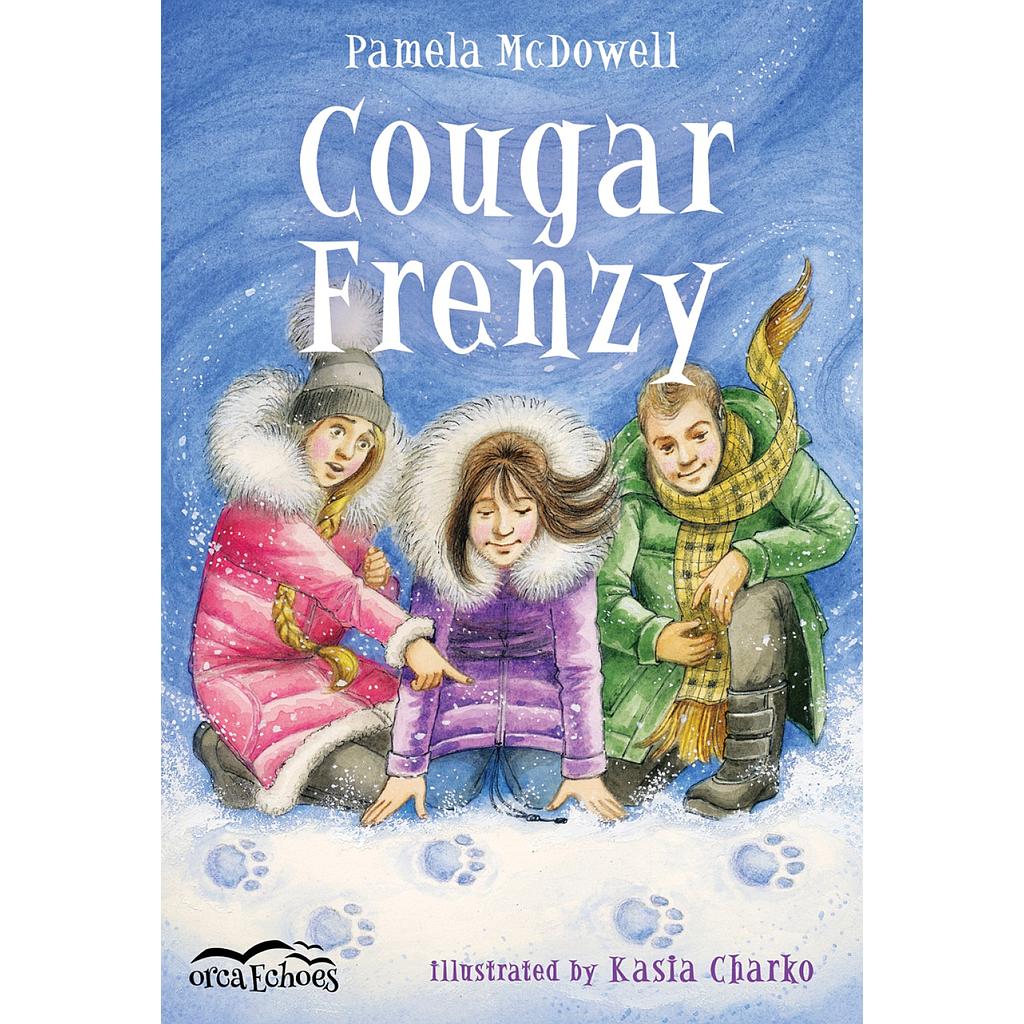 When Cricket McKay and her best friend, Shilo, discover that a cougar has been seen in the town of Waterton, they are thrilled that school closes for a few days as a precaution. The townspeople are worried though. They want the cougar caught and relocated, which could be disastrous for the cougar. Cricket’s dad, the national park’s warden, is receiving reports of the cougar causing all kinds of trouble around town, but it’s the type of trouble it doesn’t make sense for a cougar to get into. Then Cricket and Shilo fi nd evidence that another animal may be to blame. With the help of a visiting researcher who is in Waterton studying cougar behavior, Cricket and Shilo must convince the townspeople, and Cricket’s dad, that they’re after the wrong animal before it’s too late. This is the fourth book featuring Cricket and her friends, following Bats in Trouble, Ospreys in Danger and Salamander Rescue. PAMELA MCDOWELL’s fi rst career was in educati