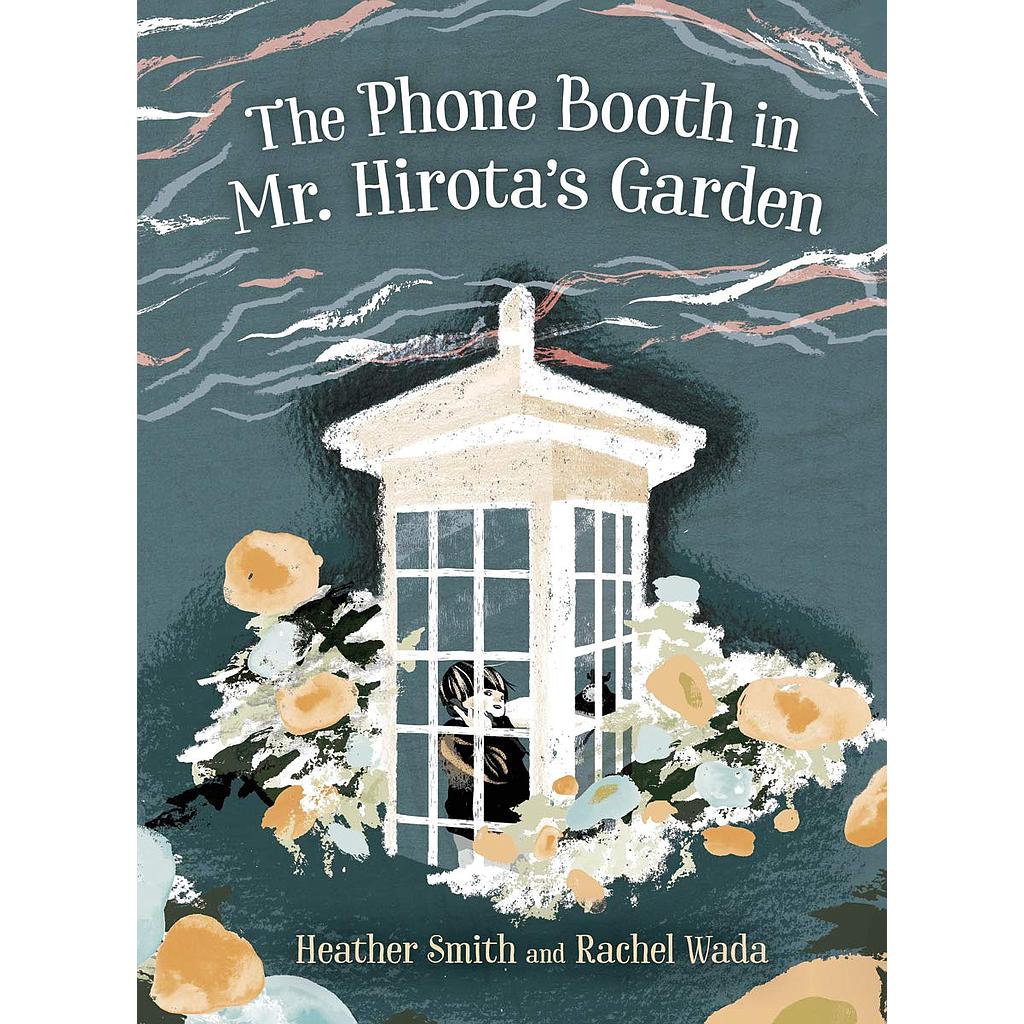 When the tsunami destroyed Makio's village, Makio lost his father . . . and his voice. The entire village is silenced by grief, and the young child's anger at the ocean grows. Then one day his neighbor, Mr. Hirota, begins a mysterious project—building a phone booth in his garden. At first Makio is puzzled; the phone isn't connected to anything. It just sits there, unable to ring. But as more and more villagers are drawn to the phone booth, its purpose becomes clear to Makio: the disconnected phone is connecting people to their lost loved ones. Makio calls to the sea to return what it has taken from him and ultimately finds his voice and solace in a phone that carries words on the wind.

The Phone Booth in Mr. Hirota's Garden is inspired by the true story of the wind phone in Otsuchi, Japan, which was created by artist Itaru Sasaki. He built the phone booth so he could speak to his cousin who had passed, saying, "My thoughts couldn't be relayed over a regular phone line, I wanted them to be carried on the wind." The Tohoku earthquake and tsunami in 2011 destroyed the town of Otsuchi, claiming 10 percent of the population. Residents of Otsuchi and pilgrims from other affected communities have been traveling to the wind phone since the tsunami.