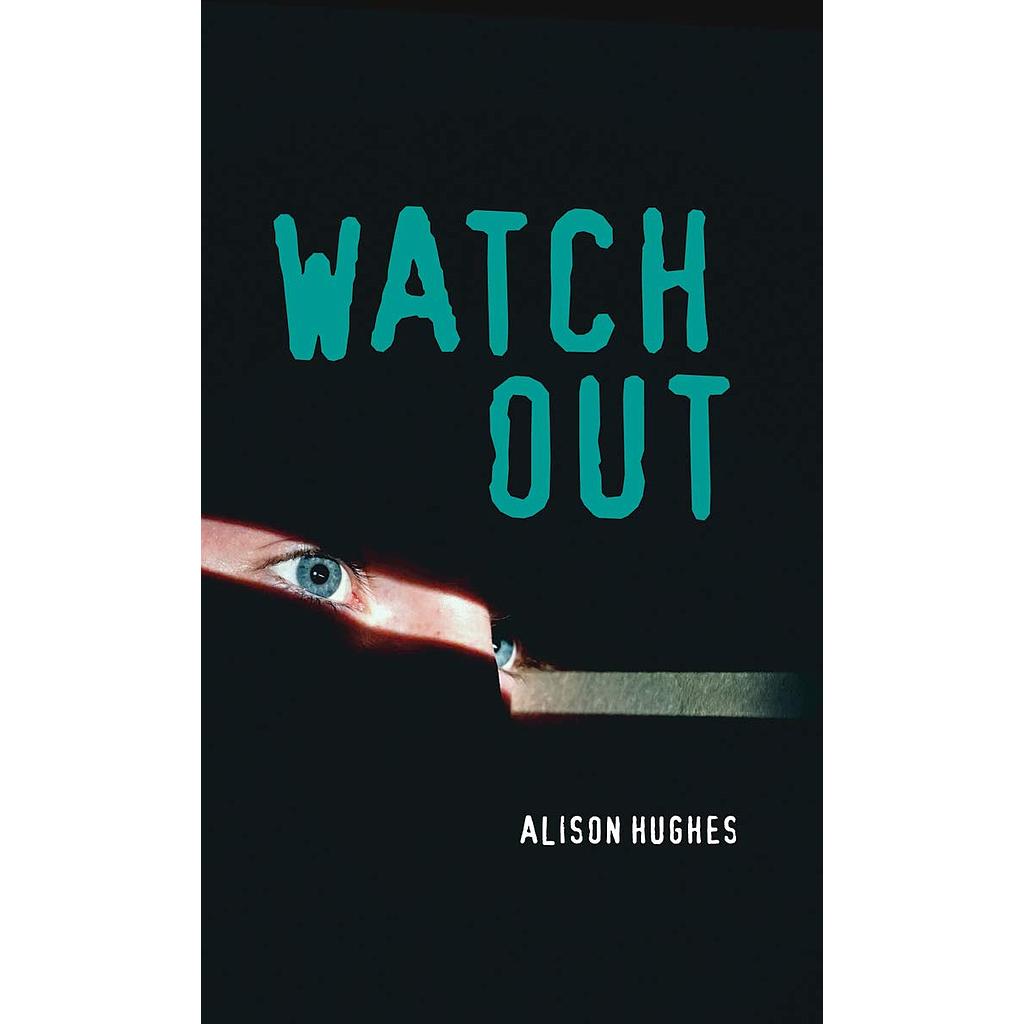 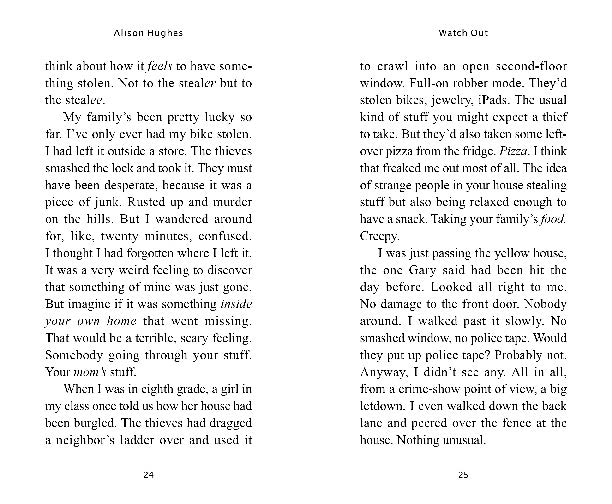 https://bookstores.novelladistribution.com.au/shop/product/9781459822351-watch-out-orca-soundings-82496
Fifteen-year-old Charlie stays home from school so he can help his older brother, Tom, who is in a hip-to-toe cast after breaking his leg in a football game. When not waiting on his brother hand and foot, Charlie investigates a series of break-ins that have the whole neighborhood on edge.
Things really hit home when Charlie nearly catches the thief and then foils an attempted break-in at his own house. As he continues to piece together the clues, Charlie realizes that the easiest way for the culprit to avoid suspicion is to hide in plain sight.

Charlie doesn't fit in at his new school. His grades are good, but he has no friends. Most of the time, he sits alone at lunch. When his older brother Tom breaks his leg and has to stay at home for months, Charlie jumps at the chance to stay home with him and be Tom's "legs'.
At first, it's a regular sitting job. Charlie brings Tom food, helps him walk around on crutches and does all the chores -- which includes getting the mail from Gary, their scrawny mail carrier. But when Gary tells Charlie about the new string of unsolved house robberies going on in their neighbourhood, Charlie decides to do a little detective work of his own and track down the thief.
As Charlie gets closer and closer to catching the culprit, he starts to realise that detective work isn't at all like the crime shows on TV -- especially when he starts to suspect that the thief might be his uncle Dave. Investigating the issue further, he starts to think it might be Dave's friends that are responsible -- until he finds the postman, Gary, in the act. Dave gets his confession on tape.
A diverting mystery with plenty of twists and turns. The dynamic between Charlie, Tom, and Dave gives the story a strong emotional core and Charlie's integrity and persistence make him a likeable protagonist.