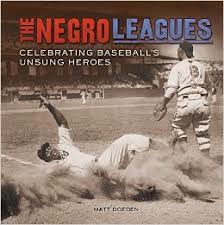 "When modern baseball fans think of African American players, they may think of Ken Griffey Jr. or Derek Jeter. But what about the black stars who didn't play Major League Baseball? In the early 1900s, black players were not allowed in the Major Leagues. The Negro Leagues provided an alternative for African American players. Discover the Negro Leagues in this book packed full of facts, photos, and stories. Learn about the biggest games and wildest moments of the Negro Leagues era, as well as some of the greatest (and least well-known) players. You'll also find out about the history of African American baseball and the people who worked to end the sport's decades of segregation."