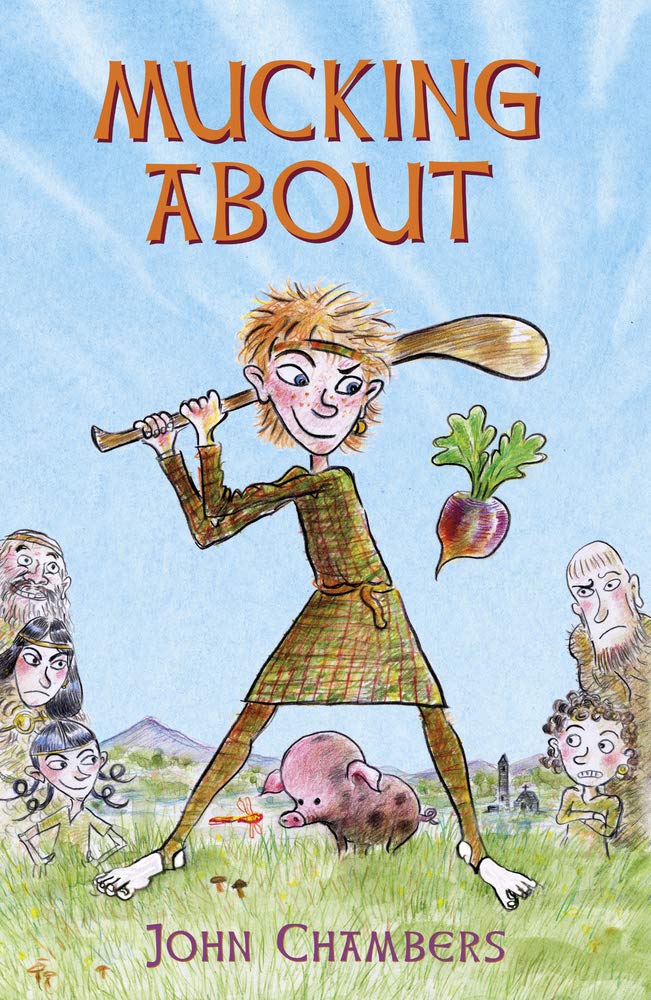 A hilarious romp through medieval Ireland. We are in Ireland and it’s an awfully long time ago. Centuries and centuries. The country is supposed to have gone Christian, but there’s still magic in the air, salmon in the rivers, berries in the bushes, druids in the forest, a Worm in the lake, fairy music in the distance. Manchán doesn't want to be a monk. Not when he could be going fishing with his friend, Pagan of the Six Toes, or charging through the forest with his pet pig, Muck, or learning about the mysteries of time with the druids. Or riding over the bog on the chieftain’s mad ram, Balor. Anything, really, that's fun or adventurous or magical – and absolutely nothing to do with turnips, penance, prayers, monks and chanting. Illustrated throughout with John Chambers's playful ink drawings of Manchán's adventures. ‘Ireland – but not as you know it. The funniest book you’ll read this year.’ — Patricia Forde, author of Bumpfizzle the Best on Planet Earth and The Wordsmith