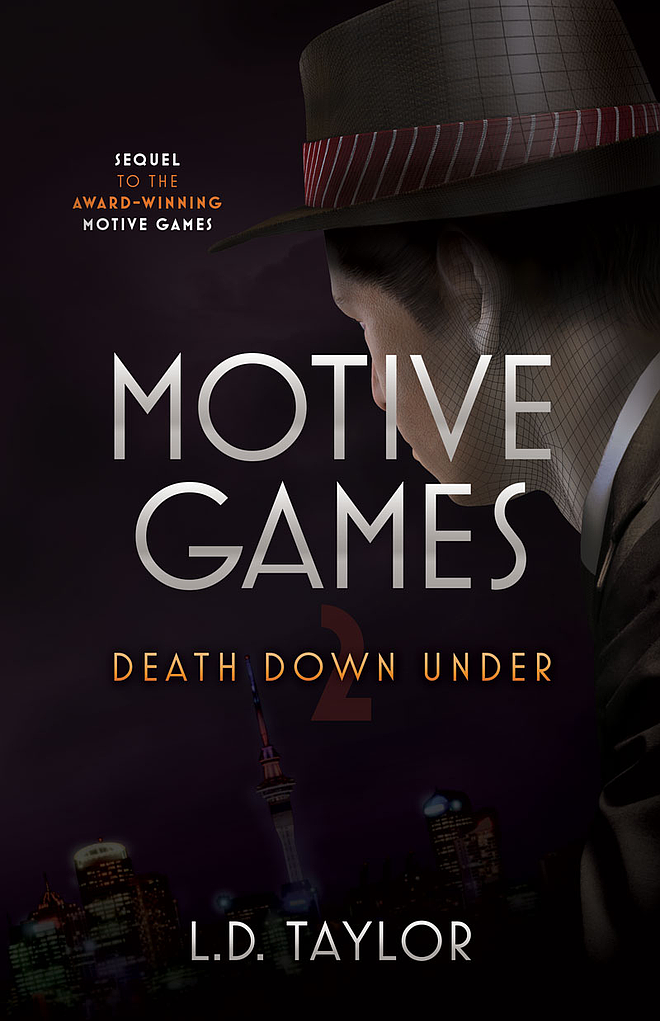 In Canada, Phil Roland is a hero. He's saved his dad's company, Motive Games; solved his dad's murder; and exposed a mafia ring. But by his second day in Auckland, Phil's life is out of control. The E3 East gaming show was supposed to be Motive's big chance to get published. Instead, people are blaming Phil for a controversial FPS; someone's hacked Motive's game; and Australian mega- distributer, PFG, is threatening to ruin the company. The guy whose name keeps popping up? PFG president, Bailey Kant. Thanks to Kant, Phil is dodging the press and protestors and being trailed by the mysterious girl in green.

Then a PFG exec turns up dead. An exec anyone could have mistaken for Kant.

Now Phil and friends have 48 hours to solve the mystery... or watch their dreams die down under.

Motive Games mysteries, are fast-paced, high-tech thrillers enriched by thought-provoking themes. Motive Games: Death Down Under is a standalone sequel to Motive Games, winner of the 2011 CALEB Prize for best Young Adult Manuscript.