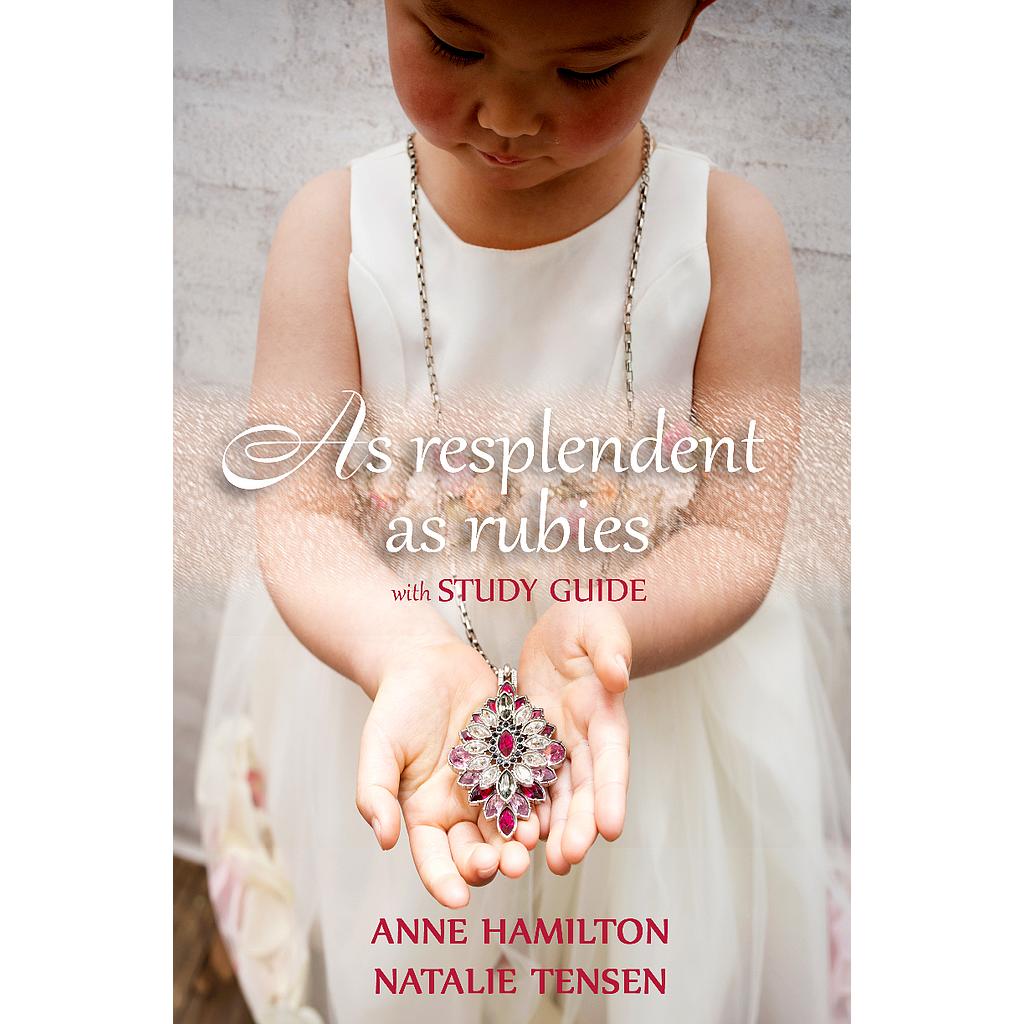 As Resplendent as Rubies (with Study Guide)

Who was the first person recorded as praising God? Who was the first to give Him a name? Who was the first to announce the coming of God’s Messiah? Who was Paul’s mentor and coach? Who financed Jesus’ ministry? And who anointed Him king? Scripture makes no secret of the fact the kingmakers, culture-changers, pioneers, visionaries, bridge-builders, navigators, watchers, sentinels, cupbearers, mentors, coaches and God-namers were so often women. The virtuous woman described in Proverbs 31 is also a woman of valour. This sequel to the best-selling MORE PRECIOUS THAN PEARLS continues to highlight the underrated role of women in Scripture. With study questions across seven chapters.