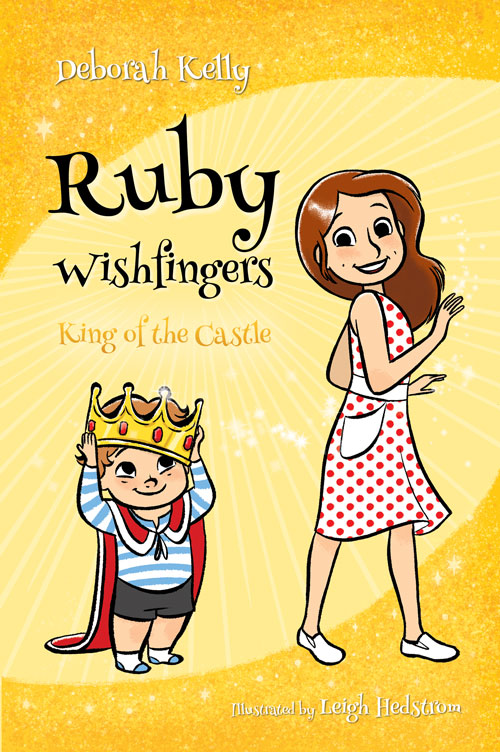 King of the Castle: Ruby Wishfingers # 4

Ruby is back, with twelve new wishes! And one missing wish from last spring that is still floating about in the garden somewhere… But Ruby is wasting her new wishes trying to keep Jellybean out of mischief until she discovers the perfect way to make Jellybean do exactly what she says. But Cousin Todd isn’t so keen on doing what Ruby says. When Todd stumbles across Ruby’s missing wish he decides to teach her a lesson about being bossy, and make a few rules of his own. Meet Australia’s new king and explore a country where school, homework, manners and peas are all banned. Discover monster trucks, giant jumping castles, furious principals and hungry crocodiles along with plenty of laughs in an all new Ruby Wishfingers adventure.