There's a Snake on My Cake

Jessie loved all her friends birthday parties with the rollerblading, soccer and unicorns. But Jessie has something else in mind for her party. Will her friends like the slithering friend she wants to bring or will it be too scary? 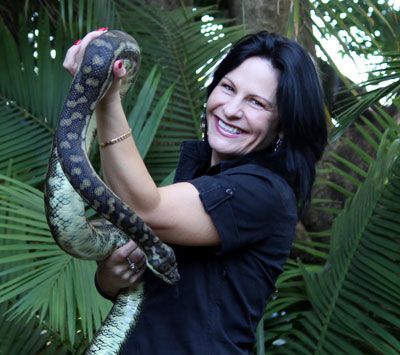 Discovery Australia/NZ reported Snake Boss drew the highest ratings ever in history for their channel Animal Planet and nominated Snake Boss for a TV Logie in 2016.

She is a well-established Children’s Entertainer performing since 2003 with her Kiddywinks Puppet Theatre and since 2016 the very popular Snake Boss Reptile Shows.

In 2019 Julia toured Australia & NZ as a motivational Speaker with Harcourts “Inspirational Women” and is currently in the process of developing a new TV series.

Due to her close relationship and popularity with the Media – Julia is consistently in demand to make guest appearances on TV and Radio Shows including:

Other shows that have featured Julia include:

The Inside Story, Channel 9